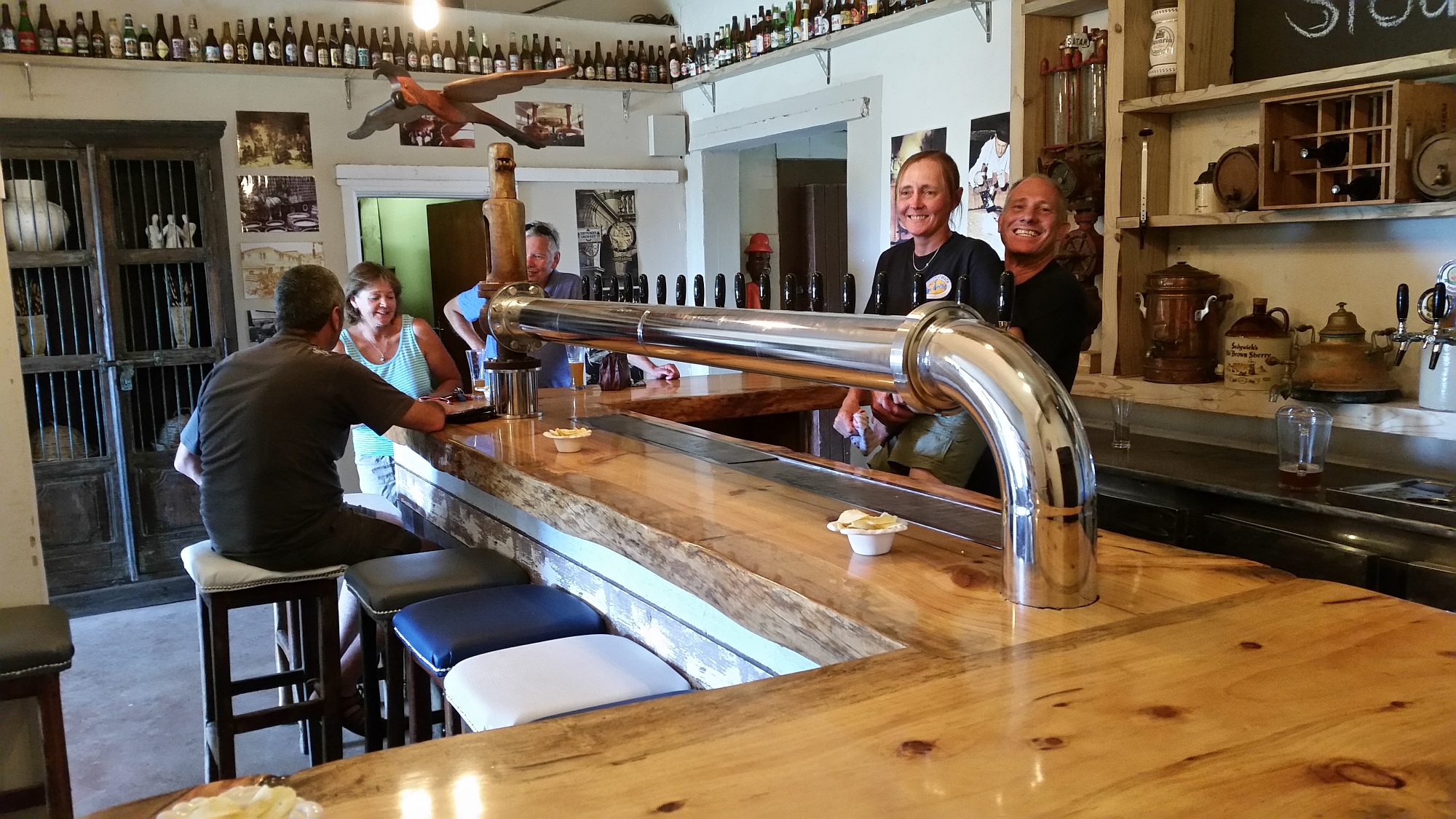 I’m the kind of person who likes to do things myself, so when the idea of making beer occurred, I quickly launched myself into my new hobby. Little did I know that it would lead me to opening up a brew-house in Jeffrey’s Bay. – Ivan Beukes, brewer-owner

‘I always liked beer and I starting doing a bit of homework into how to do it myself,’ says Ivan. He didn’t mess around – after two kit beers (‘it was horrible – a far cry from an award winning craft brewery!’) Ivan leapt straight into a 100-litre all-grain system. Two years down the line, he decided the system – three or four times the batch size of the average homebrew setup – was too small and upgraded to a 200-litre brewhouse.

‘It’s an odd size,’ he admits. ‘It’s too big for a homebrewer and too small for a commercial brewery.’ But he has been brewing on it for the best part of a decade and when asked how he managed to get through all the beer he brewed, Ivan’s answer is simple: ‘I suddenly found myself with a lot of friends!’

Award Winning Craft Brewery – Ivan has also got plenty of fans, and his stand is hotly awaited each year at the Clarens Craft Beer Festival. Hot is the operative word here, since the brew that beer fans are eager to taste each year is Ivan’s Chilli Beer. Ivan made his debut at Clarens in 2011, back when the event featured homebrewers as well as commercial breweries.

In fact, it was the response at the inaugural festival that started Ivan thinking about taking his Chilli Beer – and the others in his repertoire – to market. Now he’s upgrading his system and hoping to one day leave his metallurgist background behind in favour of brewing full-time. Seasonal brews are definitely going to feature and Ivan has been experimenting with other additions, including honeybush, but for beer – and chilli – enthusiasts, there’s one thing that Ivan will always be associated with and that’s a nice cold, hot blonde.

Adapted from an article that first appeared in countrylife.co.za in August 2016.

7 thoughts on “Brewing on the beach, and how we got here”